Veritas University will represent African Universities in the intercontinental debate in New York, USA on 1st April, 2023 and the World Universities debate competition in Madrid, Spain in June, 2023 respectively, after it emerged winner of the 14th edition of the Pan African Debating Championship at Strathmore University, Niarobi, Kenya. 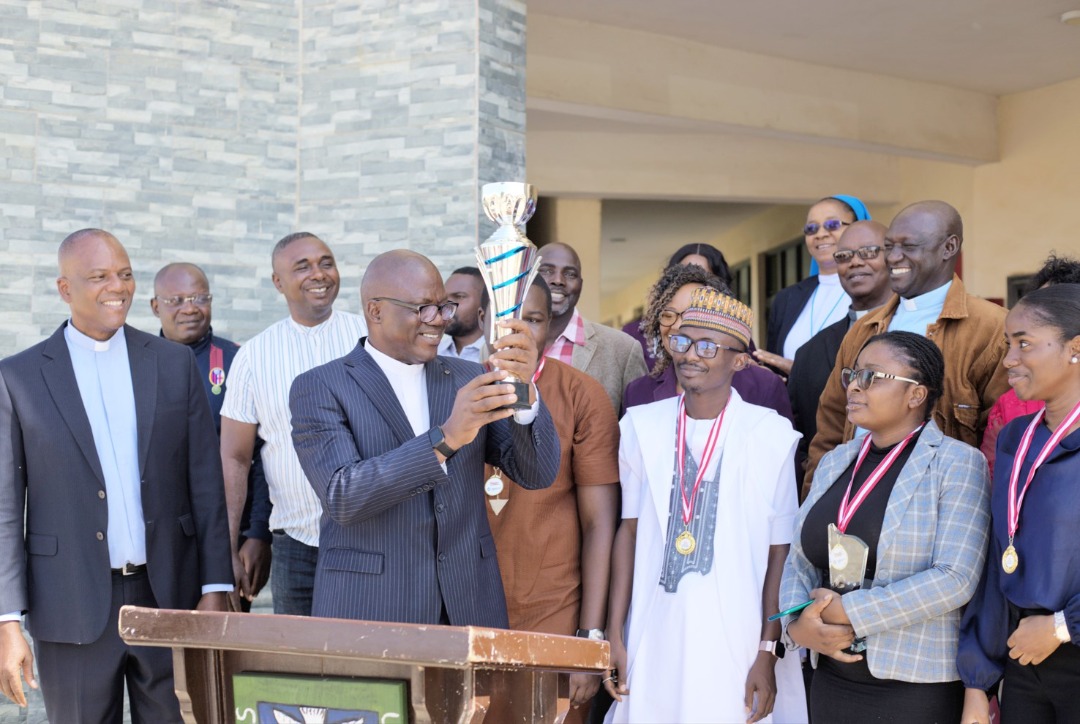 Veritas University Debate Society came top in the championship which was held on Tuesday, 15th December, 2022 in Nairobi, Kenya. The Veritas team had competed with over one hundred debating clubs across Africa, which comprised public and private universities to emerge winner. Among them were the University of Ghana, Kwameh Nkrumah University of Science and Technology, Strathmore University, Alex Ekwueme University, to mention but a few.

Kwameh Nkrumah University of Science and Technology followed Veritas University closely in a second position while University of Ghana came third. With this resounding victory, Veritas University Debate Society became the first to bring the African Debate Trophy to Nigeria and would represent Africa in the Intercontinental Debate in New York, USA and the World Universities Debate in Madrid, Spain.

Pan African Universities Debating Championship, (PAUDC) is one of the biggest Intercollegiate Debate Championship established in 1981 as a platform that affords students from all universities within the continent, the opportunities to discuss issues of Africa and beyond.

The Vice Chancellor of the Veritas University, Abuja, Rev. Fr. Prof. Hyacinth Ichoku who was overwhelmed with excitement over the victory, stated that despite the challenges confronting tertiary education in Nigeria, students of the university have done the country proud by defeating hundreds of Universities in Africa to emerge winner of the Pan African Universities Championship.

The leader of the debating team, Edwin Ocheido described the competition as a big deal for them in particular and Nigeria in general. Other participants such as Arafa Tonye said the debating competition was an amazing experience as they met tough contenders from universities across the African continent and they also will meet tough competitors in the intercontinental debate in New York and World Universities in Madrid, Spain to showcase the potential and quality of education Veritas University students have acquired over the years.