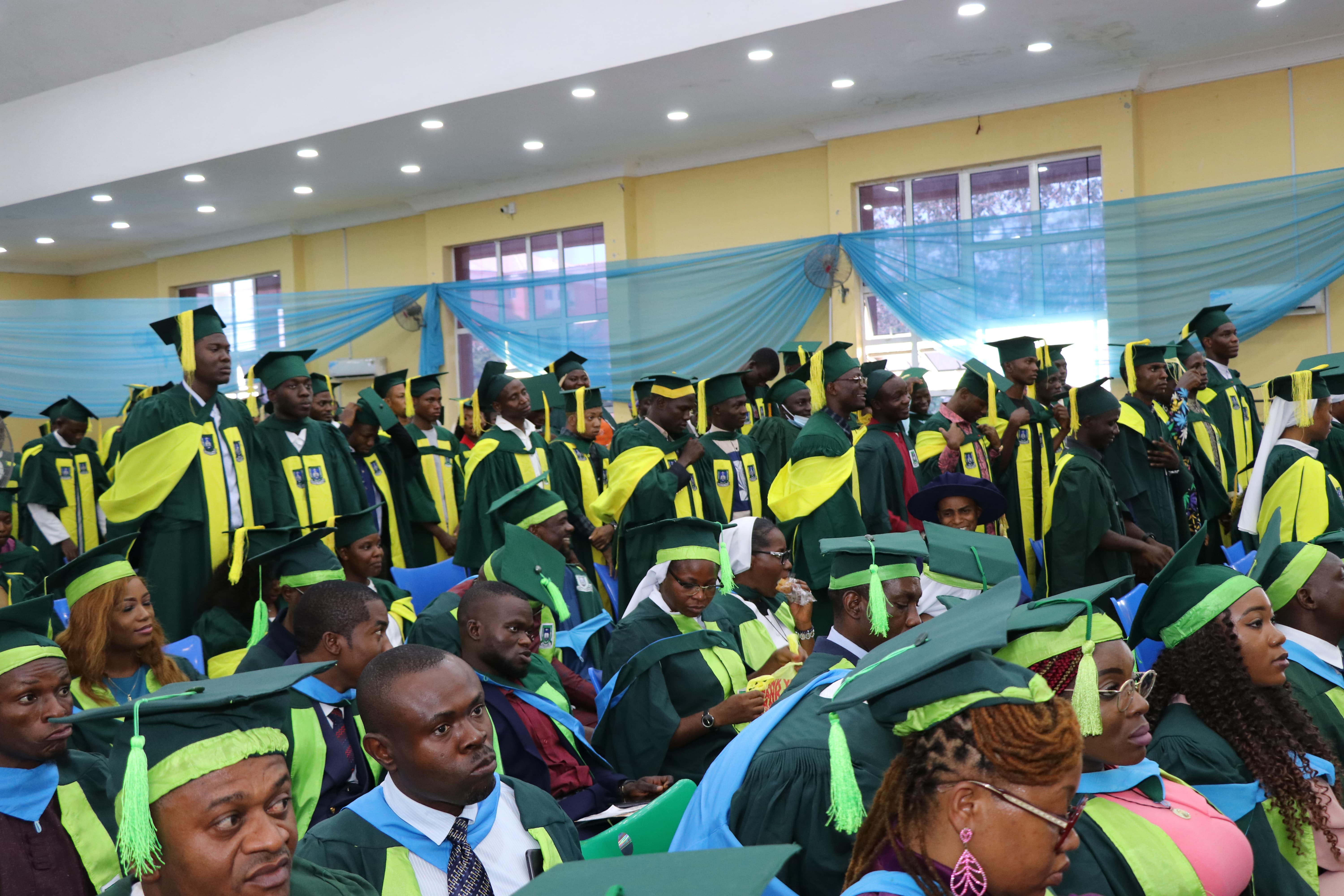 According to the VC, this convocation ceremony symbolizes the completion of studies of this set of wonderful young students, who over the last four years have worked hard, day and night to fulfill their personal dreams and aspirations of earning a university degree. He also described the day as a day of joy and fulfillment not only to the graduating students but in the lives of their parents and guardians who have done well to raise these students from infancy to and adulthood and they are now graduates of one of the top universities in Nigeria.

The VC revealed that on March, 2022, the National University Commission, NUC had approved the commencement of four new undergraduate academic programmes which included ;Pharmacy, Nursing and Medical, Laboratory Science and Engineering . He said, already, the institution had admitted students for the 2022/2023 academic session, into these new programmes which the university intends to make part of their flagship programmes. Prof. Ichoku thanked the executive secretary of National Universities Commission, NUC, Professor Rasheed Abubakar for his disposition towards the growth and development of Private universities in Nigeria which has enabled Veritas university obtain approvals for these new programmes. The Vice Chancellor also stated that Veritas university currently offers over fifty- six undergraduate and graduate programmes across nine faculties, which include ; Faculty of Education, Humanities, Natural and Applied Sciences, Management Sciences, Pharmaceutical Sciences, Social Sciences, Law, Engineering and Health Sciences.

On infrastructural development, the VC disclosed that the institution had built a new 506 bed capacity hostel, it is also building a 410 bed capacity hostel for female students through Build, Operate and Transfer (BOT) as well as 210 bed capacity male hostel in anticipation of increased enrollment for the next academic session so as to accommodate more students. “For the first time in the history of Veritas University, we shall be conferring the award of Honorary Doctorate Degrees to three illustrious Nigerians, who have over the course of their lives and careers, carved a niche, not just for themselves but for the progress of our dear country, Nigeria and beyond. I therefore, wish to congratulate the three distinguished awardees; His Excellency, John Cardinal Onaiyekan (emeritus), Archbishop Ignatius Kaigama and Sir Joseph Arumemi Ikhide on the conferment of Honorary Degrees of Veritas University, Abuja” the VC said.

The visitor of Veritas university most Reverend Lucius Iwejuru Ugorji in his address, called on the Federal Government to give more support to private universities in recognition of the enormous contributions they make, towards the development of the country. He said, the Federal Government can give their support in the areas of infrastructure on campuses such as building of hostels, classroom blocks, providing ICT Facilities/ equipment and any other capable of uplifting and enhancing the standard of campuses to compete favourably with other universities in the World. The visitor, admonished the graduands to uphold the moral instruction received during their four years sojourn at Veritas university, adding that, with strong faith in God, they can surmount any challenge that may come their ways.