Science and Technology has in the past few decades played very vital role in the transformation of some global once rural economies to great economic powers as seen in countries like Singapore, Malaysia, Taiwan, Brazil, China, South Korea, etc. The Department of Biological Sciences seeks therefore to educate and train men and women as the vanguards of a scientific and technological revolution that will make Nigeria one of the top twenty countries in the world come 2020. We are focused and our emphasis is not only on theory but also on practical aspects of Science.

Faculty of Pure and Applied Sciences

To produce scientists who are abreast with the current methodologies in science and technology to enable them compete favourably with their contemporaries all over the world.

Passing the Universities Matriculation Examination (UTME) after having obtained the Senior Secondary School Certificate with five credits which must include Biology, Chemistry and Mathematics or GCE ‘O’ Level credits in five subjects with a similar proviso. A credit level in SSCE English Language, or GCE ‘O’ Level English Language will be required and at least a pass in Physics may be mandatory together with credits in five other subjects including the science subjects listed above. Selection of candidates is done by the Joint Admission and Matriculation Board (JAMB).

Admission to the Bachelors programme may be by direct entry to the three year standard programme upon obtaining O Level SSCE or GCE with credits in four subjects including Biology, Chemistry and Mathematics in addition to A/L GCE passes in Zoology (or Biology) and Chemistry. An A Level pass in Chemistry or Mathematics will be an advantage but A Level pass in Biology is mandatory. Candidates are selected by JAMB.

Located in a serene environment enveloped by nature and boasting state of the art facilities for study and recreation, you are assured that your experience here at Veritas University will be a pleasant one. 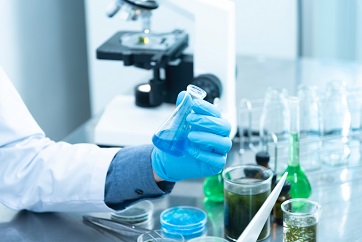